Structured Settlement Watchdog® John Darer's commentary  is informative, irreverent and effective. John Darer's watchdog commentary has been so effective, that for a period of time in 2012,  several secondary market bad actors, whose sordid business practices were being investigated and have been exposed, registered multiple internet domains using John's name  (tied to Mt Airy MD resident David Springer according to a September 14  2012 legal filing in the United States District Court in Connecticut),  and posted fake complaints on complaint sites in May 2012 and December 2012 containing the most 'over the top" trolling in an unsuccessful effort to stifle our investigations. Individuals from the "Cauldrons of Deceit" in Maryland and Florida like David Springer of Mt, Airy Maryland, and Owings Mills Maryland native Richart Ruddie, have the motivation to engage in such cowardly behavior.

In January 2018. Several of Richart Ruddie's associated companies were banned in Maryland for 7 years after a Maryland Attorney General investigation. Ruddie had to plea bargain with the Rhode Island United States attorney for mercy (after Ruddie, in the name of  "reputation management", was caught in a fraud on the court) have motivation to engage in such cowardly behavior).

My piecing together all of David Springer's phony characters in social media led to "them" being summoned for deposition in a lawsuit (where I was later called as a trial witness), leading the cornered David Springer to have to admit all of these supposed employees that were held out to the public were in fact Springer himself. In the end David Springer was found liable, the judge excoriated Springer's business practice and awarded monetary damages to the Plaintiff. Springer filed bankruptcy shortly thereafter. I've also exposed major inconsistencies in his everchanging LinkedIn profiles.

I choose to be open and discuss real issues, while others chose to snipe falsehoods from the comfort of anonymity and make cowardly ad hominem attacks  revealing their obsession about my weight, my marital status, their uncertainty about my sexual orientation as if it were relevant, instead of proposing solutions to legitimate issues to consumers that I've raised. Some people use my trademarked name to cover their identifies on those sites. Eventually the criminal imposters will get their due.

The Rip Off Reports, Pissed Consumer or Complaint Board aren't credible on their face. If they were true, I would not be in business.  I would not be able to hold an insurance or securities license.

In over 35 years in financial services:

Can You Elaborate on the Focus of the Structured Settlement Watchdog?

You Hate the Secondary Market , Don't You?

Read Some Stuff About You On Rip Off Report, Pissed Consumer, Complaints Board

Isn't Being a Watchdog Just a "Scorched Earth" Marketing Strategy?

No, far from it.  Consider the words of Supreme Court Justice Louis Brandeis Supreme Court Judge  (1845-1941): "Publicity is justly commended as a remedy for social and industrial diseases. Sunlight is said to be the best of disinfectants; electric light the most efficient policeman."

Open the window and letting the sunshine in! Primary market structured settlement participants have complained about the business practices of factoring companies, but few do anything about it except complain to each other and the National Structured Settlements Trade Association  (NSSTA).  I am a long standing member of NSSTA. This is not a criticism of other members, or the NSSTA,, but a statement made on the basis of more than a decade of observation. Many structured settlement secondary market participants routinely complain about the business conduct of competitors and a number of opined that the secondary market is in a race to the bottom.

The structured settlement secondary market has its place for people who need liquidity and cannot obtain it from any other source. Unfortunately the lack of regulation of participants and their sales practices have turned that industry segment into a circus. Therefore it's necessary to continue to expose the bad business practices so that consumers, attorneys general, law enforcement and the media are kept informed. 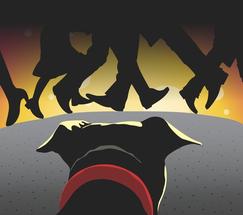 (1) To root out and correct inaccuracy in the online structured settlement space,

(2) To highlight and encourage, potential informants and other commentators who expose, or help to expose, bad business practices with a goal to help improve the greater structured settlement industry.

​(3) To establish and main higher standards for Independent Professional Advice (Structured Settlement IPA) under state structured settlement protection acts. Rockville MD lawyer, Charles E. Smith Jr and his law firm CES Law Group LLC, are an example of what not to do. Smith and his firm were sued for legal malpractice in June 2015 with claims arising out of his alleged IPA services in connection with a structured settlement transfer of someone with cognitive deficits that included the inability to read. Charles E Smith, Jr was a defendant, among others, in a lawsuit brought by the Maryland Attorney General Brian Frosh as well as a class action lawsuit in Baltimore City on behalf of numerous lead paint victims who were allegedly exploited by Smith and other defendants. In November 2016, the Consumer Financial Protection Board filed suit against attorney Charles E. Smith and refers to Smith as a sham adviser as part of its crack down on Access Funding and its principals Lee Jundanian, Raffi Boghosian and others related to an alleged scam on Baltimore inner city lead paint victims with structured settlements.  Read my November 2018 article about how Attorney Charles E. Smith Jr. shafted more than a dozen Allstate structured settlement annuitants, including the late Freddie Gray and his sisters by approving deals with discount rates well in excess of Allstate's AFEN discount rate of 8% were in the annuitant's best interest

Anuj Sud, a College Park MD attorney connected with many of the Access Funding deals, was busted for taking bribes while liquor commissioner in Prince Georges County MD.

(4) To seek resolution for structured settlement annuitants and help preserve the integrity of the industry by reporting instances where a structured settlement protection act's "best interest standard" has been inadequately enforced. A judge who may not have examined the seller in person is the only thing that stands between a vulnerable seller and financial oblivion..There have been some true horror stories that must see the light of day.  An example of the kind of abuse I'm referring to is where someone with cognitive deficits has had multiple sell transactions approved in a year and has never appeared before  judge at any hearing before  a "qualified order" was obtained. Blistering Washington Post articles about the alleged exploitation of annuitants in Baltimore inner city at the hands of Access Funding inspired legislative and judicial reforms in Maryland. Similar loud pot banging raised awareness in other states such as Virginia, Florida and in the District of Columbia. There is still plenty of work to be done.